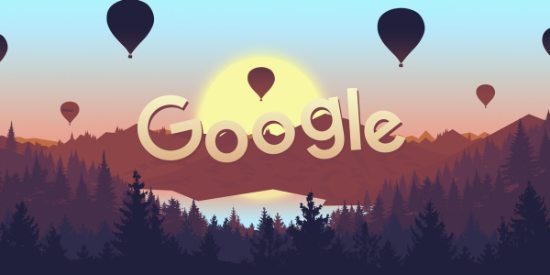 Google was founded in the year 1998 by Larry Page and Sergey Brin. The company was first held as completely private and offered its initial public offering in the year 2004. Both the founders hold about 16% stake in the public company. It offers multiple Internet related products and services. The company is known for its Internet search, software and advertising technologies and cloud computing technologies. Most of the earnings are generated from AdWords. The main aim of the company is to collect information and make it available and accessible across the universe. The company is headquartered in Mountain View, California.

The company saw a chain of acquisitions and partnerships due to the rapid growth over the last few years. Google is known for its Internet search engine activity that is helping every individual find out information. The company also offers productivity software such as social networking, e-mail and office suite. The products that are available from Google are also extended to mobile platforms. The desktop products also offer organization of data, organization and editing photos, instant message services and web browsing. It is also known for its Google Chrome operating system that is based on netbooks called as Chromebooks.

Google also entered into the hardware market by entering into partnership with major electronics manufacturers in the world. The step was carried out after Google acquired Motorola mobility in the year 2012. Goal is also seen in the fiber-optic infrastructure segment as part of Google fiber broadband Internet Project in Kansas City. According to our estimation, Google is all set to run over 1 million servers across the globe. Also, it has the ability to process 1 billion search requests in a single day for the 24 PB of data made available by various users. Google is ranked number two in the brand equity database.

Partnership with major organisations has helped Google scale new heights. It partnered with Sun Microsystems in the year 2005 to share each other’s technologies. It also partnered with NASA Ames Research Center in the year 2000 Phi to build over 1,000,000 square feet of offices. Acquisition of keyhole incorporation in the 2004 was the start to the developmental product which is now called as Google Earth. It also acquired YouTube in the year 2005 by shelling out $1.65 billion in stock. Number of acquisitions and entrance into various fields is making Google play a role of dominance in the virtual world.

Relevations of the Big Yandex Leak

Is it Safe to Use AI Generated Text on Websites?