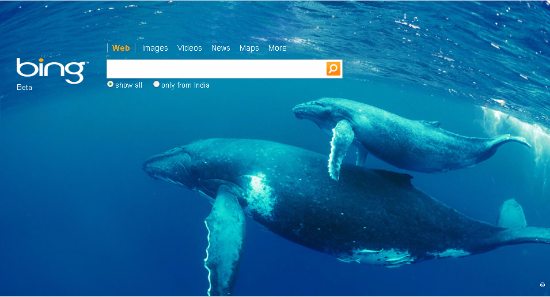 Bing announced that it was enhancing the backend search infrastructure in the year 2011. The main aim of this enhancement was to provide more relevant results to the search carried out by the user and deliver the same at a faster rate. The developed a technology was named as “Tiger” and has been incorporated successfully into Bing in the same year. In the year 2012, a redesign of the search engine was carried out in wake of the increasing use of social media network. A sidebar was incorporated into the search engine that carried out a search from different social media networks, which was in relation to the search query.

The deal between Yahoo and Microsoft is slated to be existed for the next 10 years. According to the deal, 88% of the revenue will be received by Yahoo! through the ad sales for the first five years. Apart from this, Yahoo also gets to maintain its usual interface, but, with “Powered by Bing” trademark. Microsoft’s Web search pages had a very small share in the market. This was much before the launch of Bing. However, in the year 2011, Bing powered searches returned high success rate when compared to that of Google.

According to the report by US Digital year in review, Bing gained consistently year-on-year and the activities of an increase of 30% in the year 2010, when compared to that of the results in the year 2009. It was in the year 2011 that Yahoo was defeated by Bing. Being recorded 4.37% of share in search when compared to that of 3.93% share of Yahoo. In the year 2012, the web search engine has announced its future plans to change the present format into a three column display. The first column uses the traditional search results, the second column will provide directions and the third column retrieves information from Facebook and Twitter.

Tags: Bing Google Microsoft
Next Post Evaluation of web design and its importance in a browser